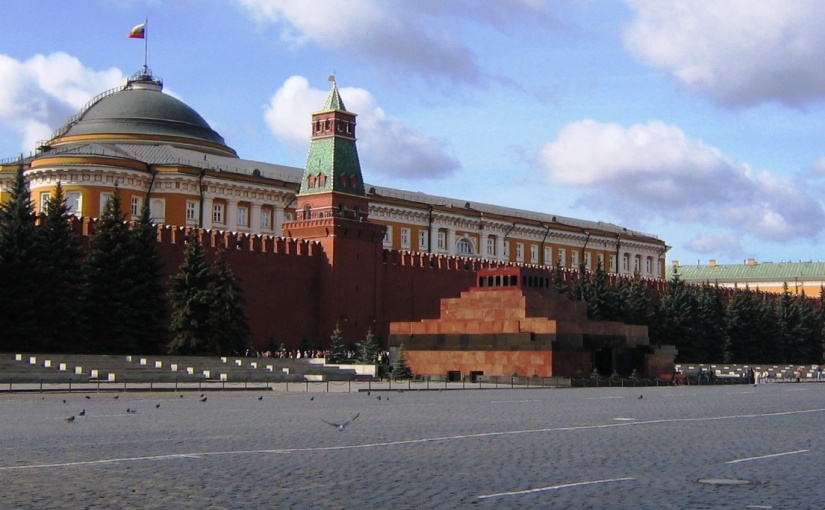 Recent political events and discussions in the United States have served to remind us that God often sets up the basest of men and women over the nations of this world (Daniel 4:17). Now it is not my desire to enter into a political discussion here, but rather, to discuss a few principles from the Scriptures that may help  us understand how God maintains control in the affairs of men, all the while leaving them free to follow their own desires and inclinations.

Let’s begin with the words of an inspired prayer of the apostles and early Christians in Acts 4:24-31. “Lord, Thou art the God . . . who hast said by the mouth of thy servant David, Why have the nations raged haughtily and the peoples meditated vain things? The kings of the earth were there, and the rulers were gathered together against the Lord and against His Christ. For in truth against Thy holy servant Jesus, whom Thou hadst anointed, both Herod and Pontius Pilate, with the nations, and peoples of Israel, have been gathered together in this city to do whatever Thy hand and Thy counsel had determined before should come to pass” (Darby translation). This is a remarkable passage, for not only is it the Spirit’s indictment on history’s most nefarious conspiracy, but we are here clearly told that God is able to predetermine by His counsel an evil act or conspiracy without compromising His impeccable, holy character.

This question goes to the heart of the Calvinist/Arminian divide, and to the debate over so-called “free will”. However, I do not intend to delve into the theological depths of that argument, but rather to bring Scripture to bear primarily on the question of how God righteously constrains and manipulates men of the world for His own glory. Isaiah 45 provides a good example of this in Cyrus.

Humans sin against their Creator and against His creatures  as a result of a combination of these three factors: Inclination, Opportunity, and Suggestion. I believe we see this clearly in Eve’s sin in the Garden of Eden, and I have no doubt we can trace these factors in all of our personal failures.

Eve had the inclinations that are inherent in human nature, even before she sinned, and she was drawn to the forbidden fruit for what she felt it offered her (nourishment, enjoyment, and wisdom), even though God had provided everything they needed, freely and in abundance.

Adam and Eve certainly had the opportunity to do that which forbidden by God, for He had placed the tree of the knowledge of good and evil in the garden with nothing but a command to keep them from partaking of it. He placed no fence around it, and the fruit was evidently within reach of the ground.

But it was the suggestion of the serpent that we might call the catalyst that brought about the sin which God anticipated before time began.  “Ye shall not surely die . . . ye shall be as gods, knowing good and evil” (Genesis 3:4-5). Along with that suggestion and vital to its success was the additional claim that God’s promised judgment was but an empty threat.

It may be a difficult thing to accept, but it is the prerogative of God to commission Satan, or at least to allow him, to suggest to man a course of action that will result in glory for Himself.¹  One of the most instructive passages in the Word of God on the matter of Jehovah’s manipulation of evil spirits to lead men down a particular course is found in II Chronicles 18, where a certain spirit volunteers to use the mouth of a prophet to lead King Ahab to his doom. And in the New Testament, when Satan himself entered into poor Judas and drove him to betray the Lord Jesus, that was no doubt a part of “the determinate counsel and foreknowledge of God” (Acts 2:23). This resulted in the Lord’s crucifixion to the glory of His Father, and for the eternal blessing of all of us whom God has chosen and called.

So how does this work practically with respect to a “king”, whose “heart is in the hand of the Lord, as the rivers of water: He turneth it whithersoever He will”? (Proverbs 21:1)  Imagine an unbelieving king or dictator or president with a natural inclination toward pride, and a desire to be revered for his wisdom and strength. God may give opportunity (by removing hindrances, for example) to that ruler to destroy the life or career of his rival, while an evil spirit could suggest that in doing so the ruler may consolidate his power without fear of consequences. Now suppose that this kind of thing happens dozens of times a day, for decisions great or small, and that in every instance, that man makes the choices that give him the most pleasure. His heart leads him along down the path of destruction, while Satan and his servants suggest his choices and God does not hinder him. Thus is man a slave to his own lusts, in effect helpless but for sovereign intervention.

Only the Christian is free from this downward spiral of bondage to the flesh, by faith in the Lord Jesus Christ. “If the Son therefore shall make you free, ye shall be free indeed” (John 8:36).  Only the Christian has the life of Christ and the Spirit of God within, so that Paul could write: “The flesh lusts against the Spirit, and the Spirit against the flesh: and these things are opposed one to the other, that ye should not do those things which ye desire”.    Moreover, “the love of Christ constrains us.”²

The unbeliever has no such check on his carnal inclinations, so that if either past experience or a lying spirit suggests there are no consequences to selfish choices, there is no depth to which the natural heart of man will not go.  “Because sentence against an evil work is not executed speedily, therefore the heart of the sons of men is fully set in them to do evil” (Ecclesiastes 8:11).

Our God is absolutely not the author of evil, but just as He can make the wrath of man to praise Himself, and then restrain the remainder of that wrath,³ so also can He glorify Himself through the evil in the minds of His creatures. God is able to constrain the acts of the vilest despot, who nevertheless freely and continually chooses his destructive course.  And there, but for the marvelous grace of God, go I.