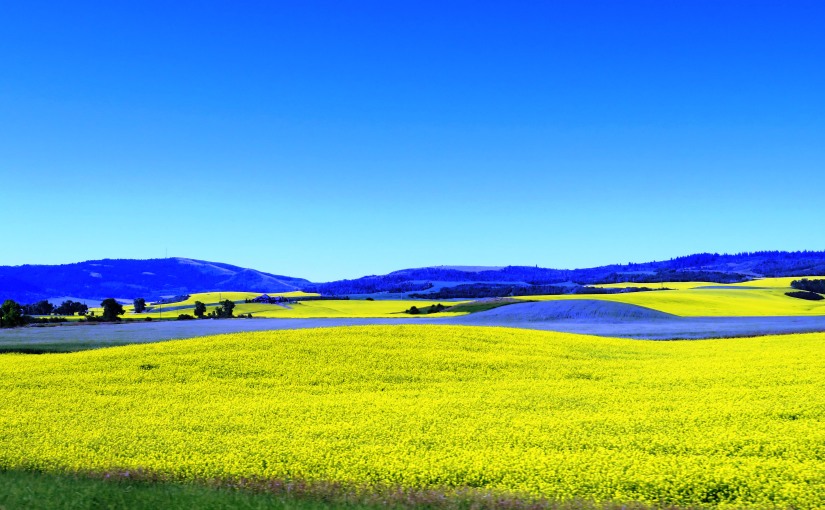 The Apostle John wrote more on the subject of eternal life than all the other inspired writers combined, for that line of truth was given him by the Spirit of God for our enjoyment in that life. It is too grand a subject to cover in detail here, but as eternal life is both precious and underappreciated, a few moments of meditation on it may serve to enhance our appreciation of its infinite value.

The Lord Jesus as Son of God came to manifest that eternal life which was with the Father from an eternal past. The Son had that life in Him, for eternal life, and light, and love, were intrinsic to the nature of the Godhead in trinity “in the beginning”.

But was the human race in a condition to be able to apprehend or appreciate the glory of the Word made flesh, the only-begotten Son come from the Father?  No indeed, and Ephesians 4:18 makes clear for us the character and state of fallen man after Adam and Eve were shut out of the Garden, where the tree of life remained unpartaken-of by man. Death reigned after Adam’s fall, and men became “darkened in understanding, estranged from the life of God” through ignorance and hardness of heart. We may therefore rightly use the term “divine life” to set forth in a general way the life that was in God, that is essential to His nature. We may also infer from this verse that God desired to share this life with the man whom He created, but that evil had brought in a terrible hindrance.

There was but one way in which God the Father could bring His fallen creature man into the sublime enjoyment of His life, eternal life. It was by sending His Son as the Word of life, to be made flesh and dwell among men, thus manifesting this life to them as the “light of men”, and finally as the Lamb of God who gave His flesh in death for the life of the world. Those to whom the Son gives life by His own gracious will are those who receive His testimony and walk in the light of that life, and the blood of Jesus Christ cleanses them from every sin.

Someone might ask: Did saints of old have divine life, given that they missed the privilege of seeing and receiving the Son sent into the world by the Father? For Jesus makes clear in His prayer to the Father in John 17 that the essence of life eternal is to know the Father, the only true God, and Jesus Christ whom He sent. That relational knowledge (of God as Father and the Son sent by Him as Savior) is really eternal life in the believer, the abundant life that the Lord spoke of in John 10. Believers before Christ therefore could not experience the life of God in its fullest character as “eternal life”. They looked for an everlasting life on this earth, but what God the Son came to reveal was a heavenly life that takes the possessor of it outside of space and time, up to heaven and the Father’s house. The Son will soon return for those who now have eternal life, as well as for all those of past ages who by abundant grace were quickened on the principle of “justification of life”.

II Timothy 1 helps us to understand better the change that occurred after the Lord Jesus came and the gospel began to be preached. It presents “our Saviour Jesus Christ, who has annulled death, and brought to light life and incorruptibility by the glad tidings.” Incorruptibility refers to the resurrection and glorification of the bodies of saints, and before Christ came, there was virtually no comprehension of that truth, for it is likely that they understood the resurrection of the righteous to be a sort of everlasting life on this earth, with bodies still made of dust. Incorruptibility has been brought to light for us by the glad tidings, but so also has the broader companion truth of “life”, eternal life in the Son. These precious things we take for granted were shrouded in mystery until the gospel of the Christ brought life and incorruptibility into the bright light of God’s revelation of Himself in the Son.

Now the psalmist David may have had more of an understanding of the life of God than others of his day, for he prophesied of the Messiah’s resurrection and life beyond the grave in Psalm 16: “Thou wilt make known to me the path of life: Thy countenance is fullness of joy; at Thy right hand are pleasures for evermore.” Then in the 36th Psalm, he makes mention of those things that can only be enjoyed by those who have God, the source of life: “They shall be abundantly satisfied with the fatness of Thy house; and Thou wilt make them drink of the river of Thy pleasures. For with Thee is the fountain of life: in Thy light shall we see light.”  David by the Spirit caught these glimpses of that which we who possess eternal life can now enjoy to the fullest of our partial capacity, which increases as we grow in Christ:  Enjoyment and satisfaction in God, spiritual abundance, heavenly pleasures, and heavenly light.

The doctrine of eternal life is precious, for it is known only in Him who is “the true God, and eternal life.” And while it is as permanent as our position “in Christ” is permanent, eternal life is yet very subjectively enjoyed (or not) by the individual Christian. A brother now with the Lord used to give the analogy of an undersea diver with an air-supply tube sustaining him in a hostile environment, with the air picturing eternal life. We who believe may enjoy as much of it as we might want for the satisfaction of our souls while we live in this evil world, but we look forward to the day when we burst into that environment of heaven where eternal life pervades all, and the ebb and flow of our enjoyment is forever past.