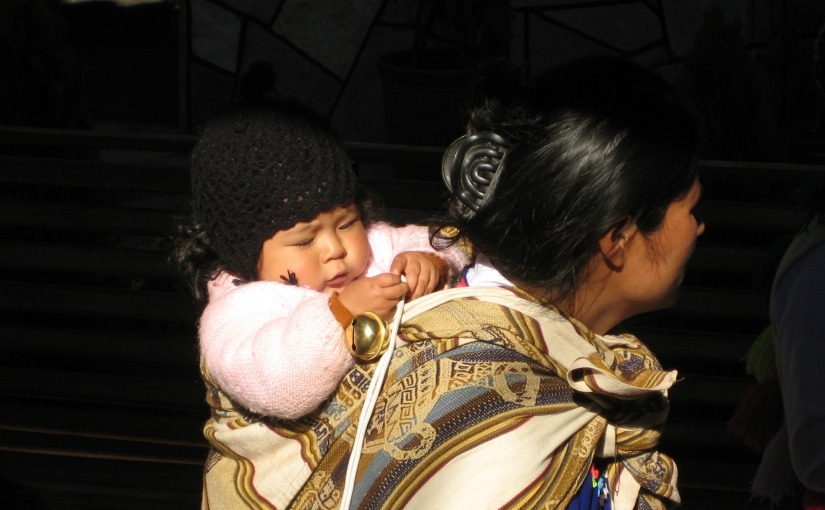 Today, the nation of Ireland held a referendum on whether to repeal the Eighth Amendment to its constitution, which was originally introduced after a referendum in 1983.  This amendment has effectively banned abortion in Ireland for decades, but the status of that amendment and the abortion ban is in question, pending today’s vote. It came as a shock to many in the pro-life movement, who are largely conservative or traditional Christians, that the Irish rock band U2 and its lead singer, Bono, while they had curried favor in religious circles for calling themselves “Christian”, have come out in support of repealing the abortion ban.

I do not write this to encourage believers to get involved in the political process to rid the world of the scourge of abortion (as one among many evils in the world), but I respect those whose consciences and love for nascent souls constrain them to speak and act in defense of the unborn. And I do not suppose that many who are taking the time to read these words need to be persuaded from the scriptures that an unborn child is human being as much as an infant who has seen light (Job 3:11-16).  My concern is rather that Christians can allow themselves to be affected or even deceived by the insidiousness of progressive, post-modern thinking in matters of morality.

The stealthy and insidious nature of moral progressivism may be seen even in the language or choice of words used to define moral issues. For example, the Hebrew word tsedeq is rendered in the King James Version using two almost interchangeable English words: “Righteousness” (from an Anglo-Saxon root) and “justice” (from Latin). But you will scarcely in our day hear or read the term “righteousness” outside of the realm of religious teaching, while the term “justice” (or injustice) is ubiquitous. I suspect that this is because the former reminds the worldly man that there is a righteous God who has moral claims upon him, while the latter term has over the years been all but stripped of reference to an absolute standard of morality, of right and wrong. “Social justice” has sadly devolved into the positioning of man at the center of the moral universe, and corresponds with the principles of secular humanism. It is noteworthy that most people fighting the political war for social justice are not particularly interested in eliminating the injustice of abortion.

The millions of innocent victims of abortion and infanticide should cause grief in the hearts of any who are old enough to be parents, not to mention brothers and sisters. It may be true that some of those whose lives were ended prematurely in this post-modern holocaust would have had a difficult life should they have been brought into the world, perhaps even worse than the temporary affliction Job complained about so bitterly when he wished to have died in his mother’s womb. Christians who understand and enjoy the power of the atoning work of the Lord Jesus Christ for the human race are certain that these innocents (in will and practice) are safely with Him even now. In that, our grief for these little ones is tempered by the much better portion that is theirs in heaven (Matthew 18:10-14).

But this blessing for the individual soul that comes via a violent death could be said of martyrs for Christ just as well, for “to be with Christ . . . is far better” (Philippians 1:23).  A blessed end for the innocent or righteous does not mitigate the guilt of those that perpetrate the evil in any case, but rather, we could make the case from the Bible that the guilt of the murderer increases relative to the degree of innocence in the victim. We can see this principle in the murder of the Prince of Life, of whose guiltlessness there were seven distinct testimonies given within the last hours of His life. “Hands that shed innocent blood”¹ are among the greatest of abominations to God, as anyone with even a cursory knowledge of the Old Testament understands.

Above all, as to this matter of abortion rights, it is the deception of the progressive, post-modern system of morality that earnest Christians ought to be vigilant against and eschew.  That moral system and the social paradigm that comports with it have the interests, the supposed or arrogated rights, and the glory of mankind at their center, while the claims and prerogatives of God are largely ignored, as He Himself is ignored or marginalized. The principle of “sowing and reaping” is now despised as well. In the vast majority of cases in which abortion is desired or carried out, there were prior choices that the mother or the father, for whatever humanistic (self-centered) reason, wish not to have to bear the consequences of should the child be allowed to be born alive. In cases where the woman had no choice in the matter of the pregnancy, there is still the opportunity for choosing whether or not she will trust a compassionate God to comfort her and provide for her needs.   For as He alone is the One who gives life in conception, so He alone has the right to take an innocent life for His own glory and the child’s blessing, as the “Lord both of the dead and living”.²  Our entire system of morality and values hinges upon our view of God and His claims upon the man whom He created, and from whom He requires obedience.

“But this know, that in the last days difficult times shall be there [in the Christian world]; for men shall be lovers of self, lovers of money . . . disobedient to parents, ungrateful, profane, without natural affection . . . of unsubdued passions, savage, having no love for what is good . . . lovers of pleasure rather than lovers of God; having a form of piety but denying the power of it: and from these turn away“.³ However, while the Lord knows how to punish these unrighteous ones in judgment in due time, it is most blessed to know that He knows how to deliver the godly out of temptation and deception,* and to keep them for His own pleasure and glory.