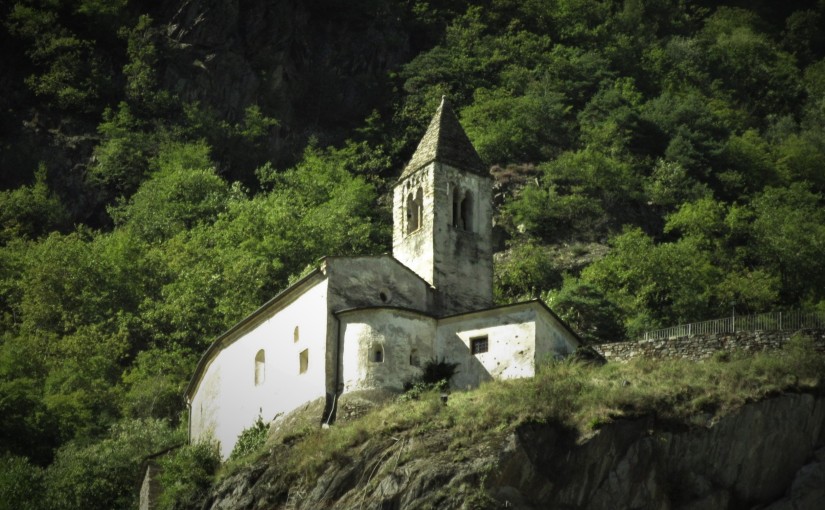 It is likely that most Christians in North America, and in many other countries throughout the world, are quite aware of the limitations that many governments have recently placed on most types of gatherings, including gatherings for worship, during the current coronavirus pandemic.  It is probably also true that most of us are sympathetic to the reasoning behind this ban on gatherings, in some places limited to nine or ten individuals, or even two, who are not of the same household. It is reported that this contagion is much more deadly than influenza, although it is a virus of the same family as the common cold. Looking at this pandemic from heaven’s perspective, it might appear that God the Judge of all the earth is seeking to get sinful mankind’s attention and give space for repentance yet one more time before more cataclysmic judgments fall.¹

What has stunned some observers, however, is the ease with which churches were effectively forbidden to meet together as before, with rarely a concern raised as to the broader implications of these draconian limitations, or to the principles upon which Christians meet in the first place. This passage in Romans 13 is often cited as authorizing the state to place these restrictions on Christian gathering.

Let every soul be subject unto the higher powers. For there is no power but of God: the powers that be are ordained of God. Whosoever therefore resisteth the power, resisteth the ordinance of God: and they that resist shall receive to themselves damnation. For rulers are not a terror to good works, but to the evil. Wilt thou then not be afraid of the power? do that which is good, and thou shalt have praise of the same: For he is the minister of God to thee for good. But if thou do that which is evil, be afraid; for he beareth not the sword in vain: for he is the minister of God, a revenger to execute wrath upon him that doeth evil. Wherefore ye must needs be subject, not only for wrath, but also for conscience sake. (Romans 13:1-5)

While seeking to be careful to give due respect to those powers that be, and to Christians who believe that God in this passage gives authorities the right or responsibility to regulate Christian gatherings, I would submit that we ought to think more deeply on this reasoning before accepting it as the final word on the matter. This text in its context, in view of the end of chapter 12, is an exhortation to individual Christians to honor the government’s right and responsibility to execute judgment on evil doers, and enforce laws for our good and the good of society. If the government sets traffic laws, or regulations to prevent fires in buildings, even church buildings, it is the Christian’s duty to comply. If the state says you may not sell your product because of the danger it poses to consumers, compliance is certainly the only godly path.

However, many godly believers would understand that this passage does not apply to the way we discipline our children, for instance. Corporal discipline by parents is outlawed in some places, but godly parents can in good conscience follow the scriptural pattern with care, realizing there may be consequences to their actions of faith. Other parents would take understandable issue with having to get their minor children vaccinated against sexually transmitted diseases, for the underlying reasoning behind the mandate is rejected by their moral convictions. There may be other situations a believer might face in which Romans 13:1–5 would not apply. No faithful Christian would argue that it is wrong for a believer under an oppressive regime to keep or distribute Bibles, yet that is outlawed in many countries.

I do not believe that this text applies to gatherings of Christians to worship God, when gathered as such. It might indeed apply to funerals, weddings, and gatherings for youth activities. But in what I have picked up over the years on the subject of church history, I am at a loss to think of a Bible teacher or theologian unsympathetic to nationalized religion who would have accepted as scriptural principle that Romans 13 should apply to or allow for the regulation of Christian gatherings “in assembly”.²

Now, before you stop reading in consternation at what you have just read, and level at me the criticism that I must not understand the magnitude of the health crisis that the world is currently in, let me hasten to add that I believe there is a portion of Romans 13 that does apply to meetings of saints during this time of general fearfulness and distress.

Faith and wisdom are vital in this matter of meeting together at this time, and love for others ought to temper our actions as the church of God. But it is love for Christ, and seeking to give Him the due honor that he so valued in the woman who broke the alabaster box of precious ointment over Him, that He first of all desires in us. It was with respect to her that Jesus spoke this word to those who professed care for the misery of others, but apparently allowed that care to eclipse His claims on their devotion:

For ye have the poor with you always, and whensoever ye will ye may do them good: but me ye have not always. (Mark 14:7)

Given that devotion to Christ ought to be presupposed as the motive for Christians in all of life, it is commendable also to possess the godly attitude of giving up one’s rights for a time for the benefit of others, out of love for them. The apostle Paul was an example of this when he spoke of giving up his rights to be married and to live of the gospel in I Corinthians 9, but that portion serves to establish those rights nonetheless. The assembly of God has scriptural authority and right to meet to worship Him, and while leaders in an assembly might be exercised in the matter of setting aside that right for a time to serve others, yet it remains a God-ordained right still, and one that I do not believe can be scripturally limited by authoritarian fiat.

What does this mean practically for Christians who would desire to come together to break bread in remembrance of the Lord, to partake of the Lord’s supper? It may mean temporarily dividing up into smaller groups to avoid giving offense or spreading a contagion, or it may mean gathering out of the public eye during times when gatherings are strictly regulated. We ought not be ashamed of the testimony of the Lord, but at the same time we must be careful not to besmirch that testimony through carelessness or a cavalier spirit.

Romans 13:8-10 (love owed to others) should be accepted as a regulative principle for Christians meeting together “in assembly”, in the name of the Lord Jesus, but Romans 13:1-5 really cannot be. Two thousand years of church history agree with that principle. More difficult days may be coming, and already there are signals from certain political quarters that increased control and regulation would be preferable because it would enable society to function more smoothly and safely. Godly wisdom would have us confess and act on right principles now, so that we are not caught by surprise should these governmental controls return under another guise.

3 thoughts on “Romans 13 and the Closing of Churches”